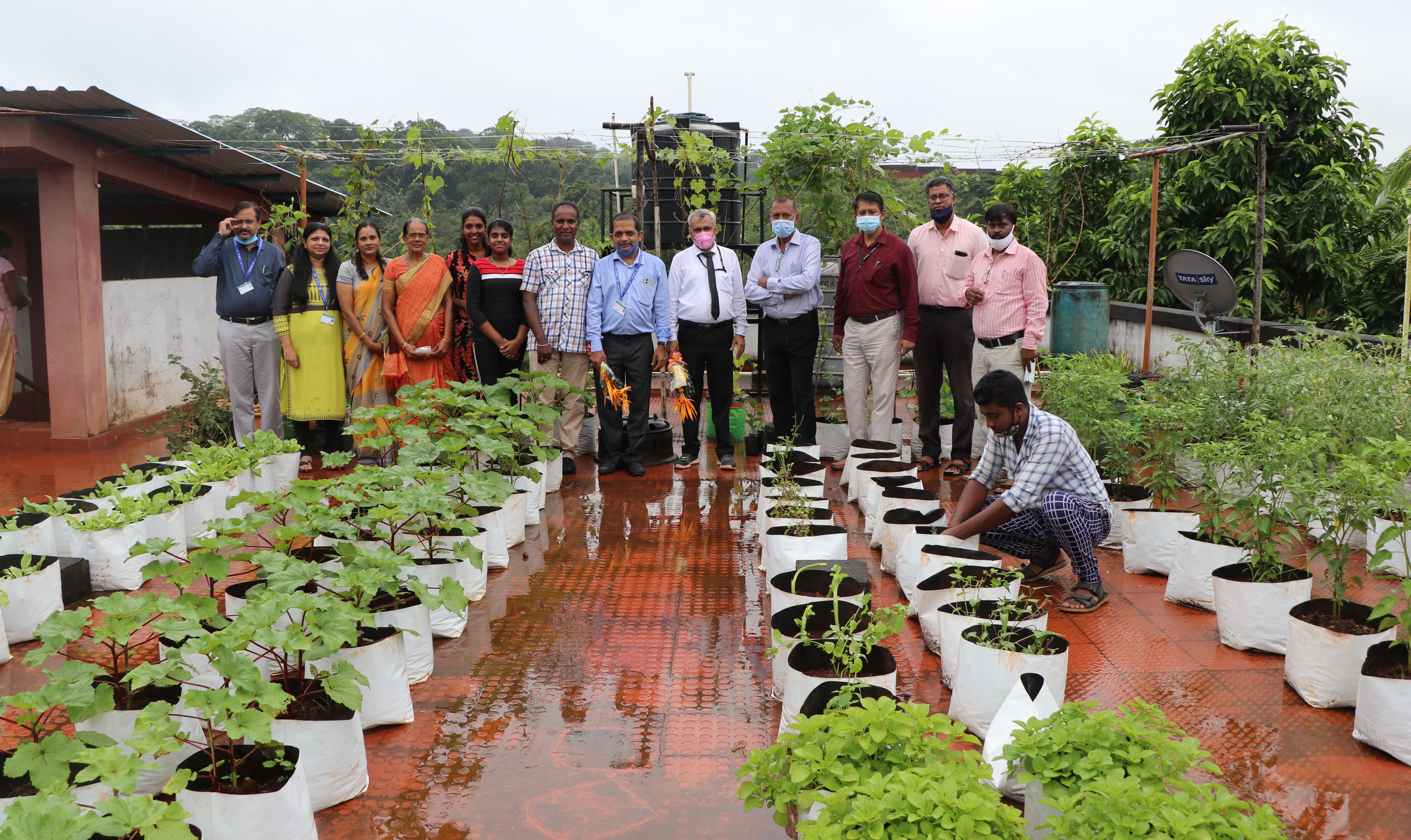 The beneficiary Mrs. Umadevi had interest in farming and approached ICAR-CIARI several times for undertaking kitchen gardening of vegetables. She and her family members were interested to consume organic vegetables grown in their own kitchen garden and hence inputs with technical advice were given for kitchen gardening. However, the space was less and due to shortage of manpower, she was unable to manage the kitchen garden. She was interested to grow horticulture crops for daily consumption at their home under her own supervision by engaging only own family members. When she approached us with this situation, roof top gardening with horticulture crops was suggested for round the year domestic consumption.

In the year 2021, Horticulture based roof top production model was established in the terrace of Mrs. Uma devi in an area of 200 m2. The standardized growing media combinations to maintain porous substrate was filled in grow bags (standardized for roof tops) and the cropping cycle /crop calendar introduced for growing different horticulture crops like vegetables (major component), spices, flowers, medicinal plants and fruits round the year. The technology for growing different horticulture crops by following proper cultural practices were imparted to the beneficiary. Perennial and seasonal vegetables were harvested by the beneficiary for domestic consumption round the year. The crops were grown only by using organic inputs. Various in-situ organic inputs were prepared like composting kitchen waste in backyards, bio waste decomposer solutions and fish amino acid were prepared and applied for growing horticulture produce in their terrace garden. The incidence of pest and diseases were minimum in roof top production model when compared to field grown vegetables.

After the intervention, Mrs. Umadevi and her family are harvesting 90% of their domestic requirement of vegetables from her rooftop. Organic produce from her rooftop are nutritive with good quality. She adds that her vegetables are tastier when compared with market vegetables. Being an engineering graduate, she shares that after establishment of this roof top production model she spends her time in a usual manner and helps her in stress management. Her children are also involved in gardening and she has also inspired her neighbours for establishing roof top garden in their respective houses. The monthly expense spent on purchase of vegetables and other horticulture crops are reduced.

Rs 8000 to Rs 9000 spent on purchase of vegetables and other horticulture produce is saved from their monthly budget.

By seeing the success, neighbours started growing vegetables in roof top. Being an entrepreneur, she is planning to establish holiday homes where she will exclusively make roof tops for cultivation of vegetables which can be utilized for serving the guests/tourists. 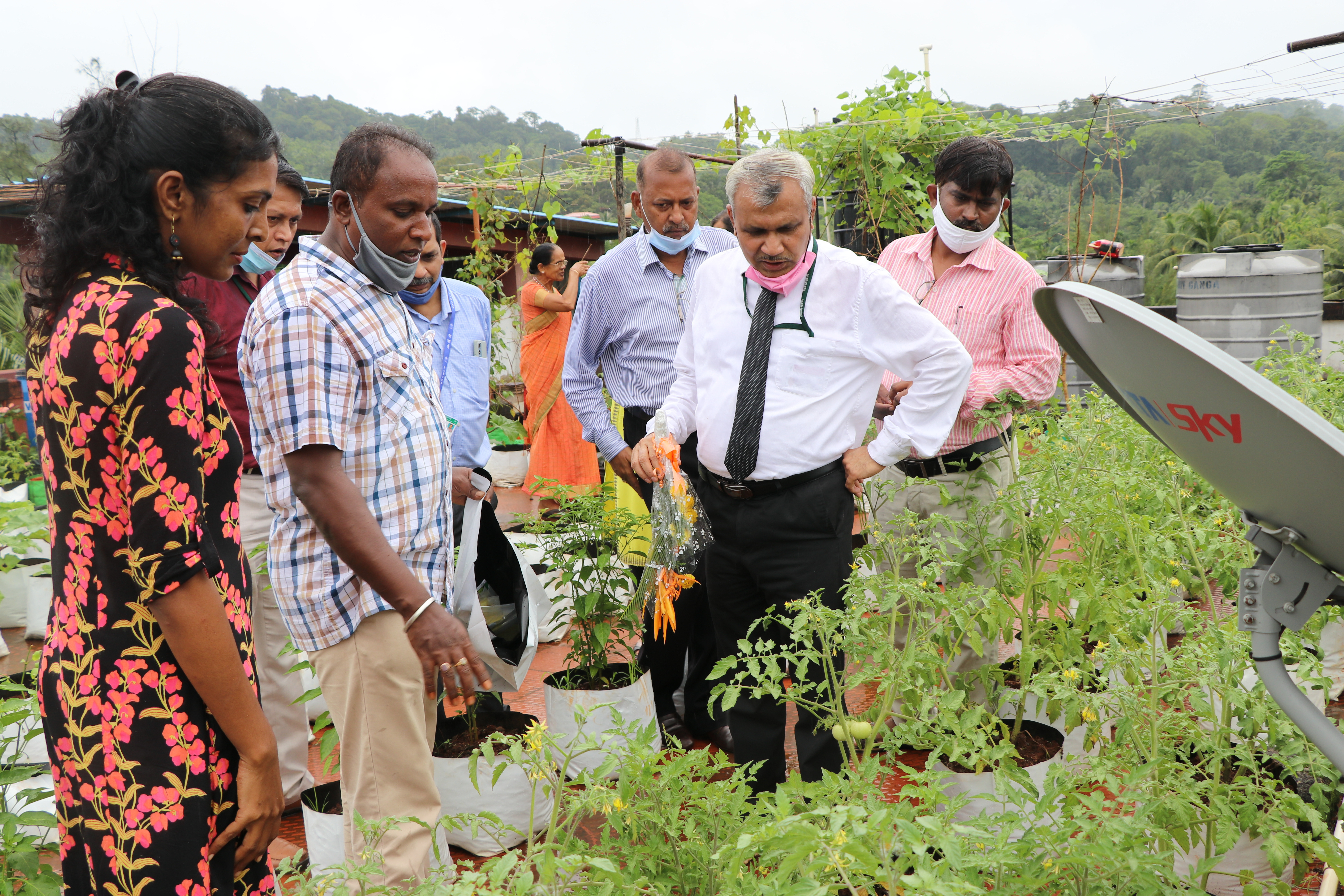